More than a month out we’re still scratching our heads at the legislative session that wasn’t. Where the “veto-proof majority” that so many of you worked hard to help elect simply failed to live up to its election-season promise.

That promise? To pass two key issues to help all Vermonters: increasing the minimum wage to $15 an hour by 2024 and creating a comprehensive and equitably-financed family and medical leave insurance program.

There’s plenty of blame to go around: Legislative leaders couldn’t agree; the business lobby was louder and got heard; and, we simply didn’t organize enough “real people” to talk to elected reps in their communities and in the State House.

But, it’s time to focus on moving forward and winning in the second half of the session – when the votes lawmakers take will be closely watched as they head into reelection mode in 2020.

There are signs of hope as we plan ahead to the next legislative session:

Our legislature and Vermont’s social movements accomplished a fair amount of incremental progress toward meeting a diversity of needs in this session, but we know there is much more work to be done.

To help us win on these issues in the next legislative session, and beyond into the 2020 elections, RAD is building member-led chapters in Rutland, Addison, Chittenden, and Franklin counties. These chapters will empower communities to: rally around issues that matter to them and folks throughout Vermont; hold elected officials accountable to their campaign promises; and, as needed, elect folks who truly represent their interests in Montpelier.

If you live in one of those counties and want to help us organize in your community, email Organizing Director Dan Fingas at dan@radvt.org

SAVE THE DATE!
What: The People’s Presidential Forum
When: Oct. 13, 2019. Doors open at Noon, forum is from 2-4:30PM.
Where: Field House, University of New Hampshire, 145 Main Street, Durham, NH
Who: Hosted by Rights & Democracy, New Hampshire Youth Movement, and People’s Action
Why:  To ensure that candidates respond to the top priorities of the people. 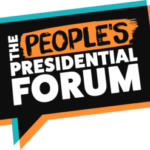 It’s clear: Candidates in the 2020 elections must respond to the needs of people, not big money and wealthy corporations. This election will be won at the grassroots and Granite Staters have a crucial role to play as host to the first-in-the-nation presidential primary.

So, let your voices be heard!

That’s why Rights & Democracy, the New Hampshire Youth Movement (NHYM), and People’s Action to hold a People’s Presidential Forum this October. More than 3,000 people are expected at the forum to hear how candidates respond to their concerns. Candidates will be invited onstage for real conversations with everyday people about big solutions to the struggles facing the multiracial working class.

RAD will be hosting busses from Vermont to attend the New Hampshire forum. If you’d like to be on a bus, organize a bus, or help volunteer at the forum – email Dan Fingas.

Speak up for health care!